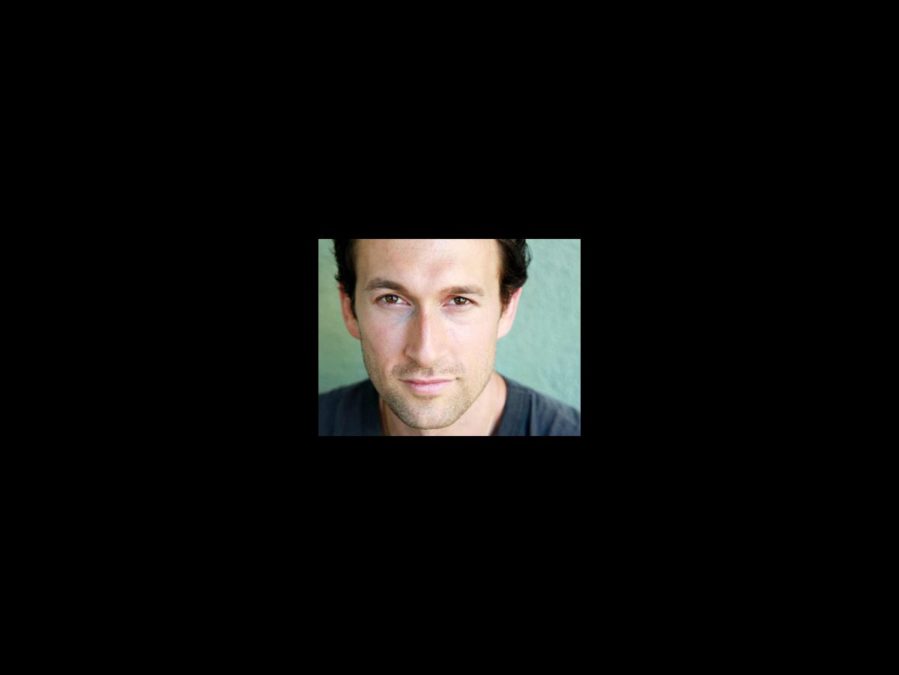 Broadway Buzz: Aaron Lazar on Being a ‘Super Trouper’ in the ‘Sexier’ New Cast of Mamma Mia!


Aaron Lazar has established himself as one of the Great White Way’s most passionate and dramatic leading men, wooing the heroine in Italiano in The Light in the Piazza, leading a revolution in Les Miserables, and carrying on an obsessive affair in A Little Night Music, among other smoldering roles. Now, Lazar is showing off his comedic side (and a bright yellow spandex suit!) as Sam Carmichael, one of Sophie’s three possible dads, in the long-running hit Mamma Mia! Broadway.com recently chatted with Lazar about starring in the “sexier” cast of the hit ABBA musical.

What’s your history with Mamma Mia? When you first saw it, what did you think?
I wrote it off 10 years ago when it first opened. I’ve had so many friends go into it and say that it’s so much fun, but I never got my butt to that theater. I judged it—“Oh, it’s a jukebox musical, it’s not something I’d be interested in”—and that was unfair. When I finally saw it before my audition, I had such a great time. It’s so fun, and so well done, just like a Broadway pop concert. Sometimes with a long-running show the energy starts to dip, but it isn’t the case here at all. Everybody has a great time, and that’s a testament as to why the show has been and continues to be so successful.

Do any of the songs stick with you? I haven’t been able to get “Super Trouper” out of my head for a week now.
Oh my god, dude, you and me! I can’t stop, literally, it’s the one freakin’ song! Random times, like I’ll just be about to fall asleep, or on the subway. It’s completely infected my brain. And it’s always “Super Trouper.” [Laughs.]

You’ve done a lot of serious, dramatic musicals. What made you want to be a part of this lighthearted show?
I’m trying to go with the flow, which is not what I used to do. I used to try to micromanage my career choices. I’ve been developing a solo show that I did at Joe’s Pub and the Kennedy Center [this May] and it went so well. In that exploration, I really found myself onstage, and I’ve found much more of a light and funny and sarcastic energy. There’s parts of it that I connect to—being a father and everything—but Mamma Mia! allows me to go out there and be me and have fun. I’ve never really had the chance to do that with so much freedom.

Sam is usually played by an actor in his 40s or 50s. Isn’t it impossible that you could have fathered Sophie [played by Christy Altomare]?
I was shocked when I got cast. Even though it feels right, there’s something about the charm of watching older people be silly. But then I heard the rest of the cast was young—maybe as young as they’ve ever gone. It’s a younger, sexier group of peeps. I was worried I was gonna be this weirdly out-of-place younger dad. I don’t know how old Christy is, or how much older I am, but it’s cool to go out there and explore that energy. I’m still trying to navigate being a dad to a 20-year-old girl, but they didn’t want to make me look older or [have me] make any acting adjustments to seem older. So I made up my own backstory that works for me. Nobody has complained yet!

What is it like having Judy McLane, the resident Mamma Mia! expert, there to guide you as Donna?
I loved Judy as Tanya when I saw the show, and when I found out she was staying, I was so excited. I was able to be in the rehearsal room with her and get an idea of the pacing and tone of the show. She’s just the coolest ever! She’s got such a contagious energy, and such an open-hearted passion for this show and for life, that it makes it really easy to fall in love with her onstage every night.

You don’t strike me as the kind of guy who listened to ABBA in his bedroom as a kid. What were you rocking out to?
A lot of Michael Jackson and Bruce Springsteen.