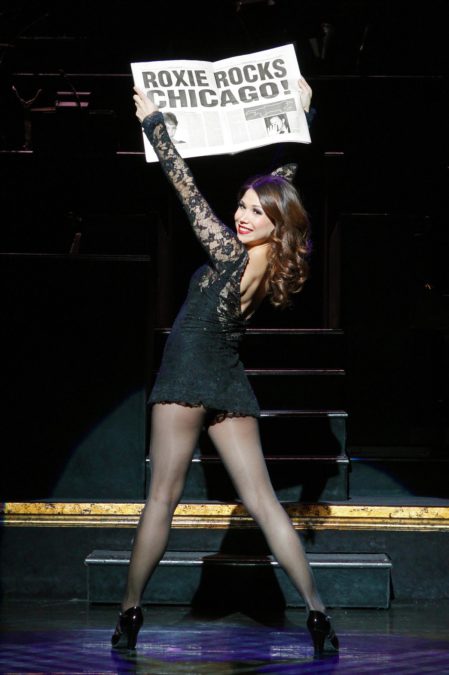 Chicago Will Partner with Broadway.com on The Search for Roxie! Casting Call & Video Series

The Tony-winning, record-breaking hit musical revival of Chicago has announced a national casting call, in partnership with Broadway.com, to find the next Roxie Hart to headline the Broadway production. Chicago celebrates its 22nd anniversary this week.

The Search for Roxie!, launching in January 2019, will invite contestants to submit their audition tapes online to enter the casting call. Auditions will be filtered by the Chicago casting directors, producers and former stars. The top three contestants will be flown, in partnership with American Airlines, to New York City for in-person auditions with Chicago's casting directors and producers.

Broadway.com will film and produce a seven-episode video series documenting the audition process, including interviews with the cast and creative team of Chicago, former celebrity Roxie Harts and footage of the contestants learning the iconic Roxie songs and dances. This will culminate with the official Broadway debut of the show's newest Roxie Hart onstage at the Ambassador Theatre.

Based on the play by Maurine Dallas Watkins, Chicago features a book by Fred Ebb and Bob Fosse, music by John Kander and lyrics by Ebb. The production features direction by Walter Bobbie and choreography by Ann Reinking in the style of Fosse.

More information on The Search for Roxie! will be announced soon.