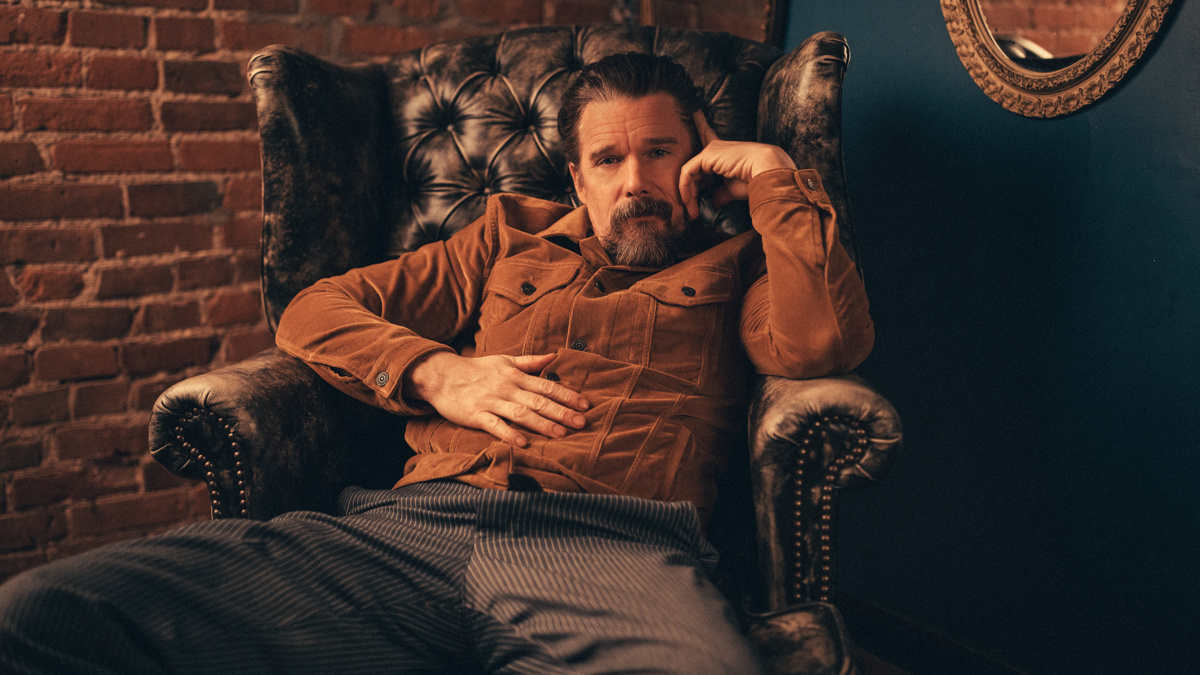 The newest episode of Broadway Profiles features an interview with stage and screen star Ethan Hawke. Host Tamsen Fadal spoke with the actor about his new novel A Bright Ray of Darkness, his role on Showtime’s The Good Lord Bird  and more.

The novel, which was released earlier this year, tells the story of a young man making his Broadway debut in Henry IV just as his marriage implodes. “I’m an old actor, but I’m still a young writer,” he said. “The healing power of performance is something that’s had incredible meaning in my life. There are not too many books in the library that are fiction and a firsthand account of what it means on a more substantive level to dedicate your life to performing.”

Hawke also discussed his role in The Good Lord Bird, a miniseries based on James McBride’s novel of the same name, stars him as abolitionist John Brown. “I felt when I was playing that part that 30 years of acting was required,” Hawke said.

Hawke will also star in The New Group’s virtual presentation of Samuel Beckett’s Waiting for Godot on May 6. “I never even imagined that Broadway could be dark for a year. If you had told me that, even two years ago, I would think, ‘What are you talking about?” he said. “My wife and I…we had to build our set [for Waiting for Godot]. To us, [creating the production] felt like fighting for the theater.”

Watch the video below, and head here to check your local listings for Broadway Profiles. Hosted by Fadal and powered by Broadway.com, it is the only nationally syndicated weekly theater news program.