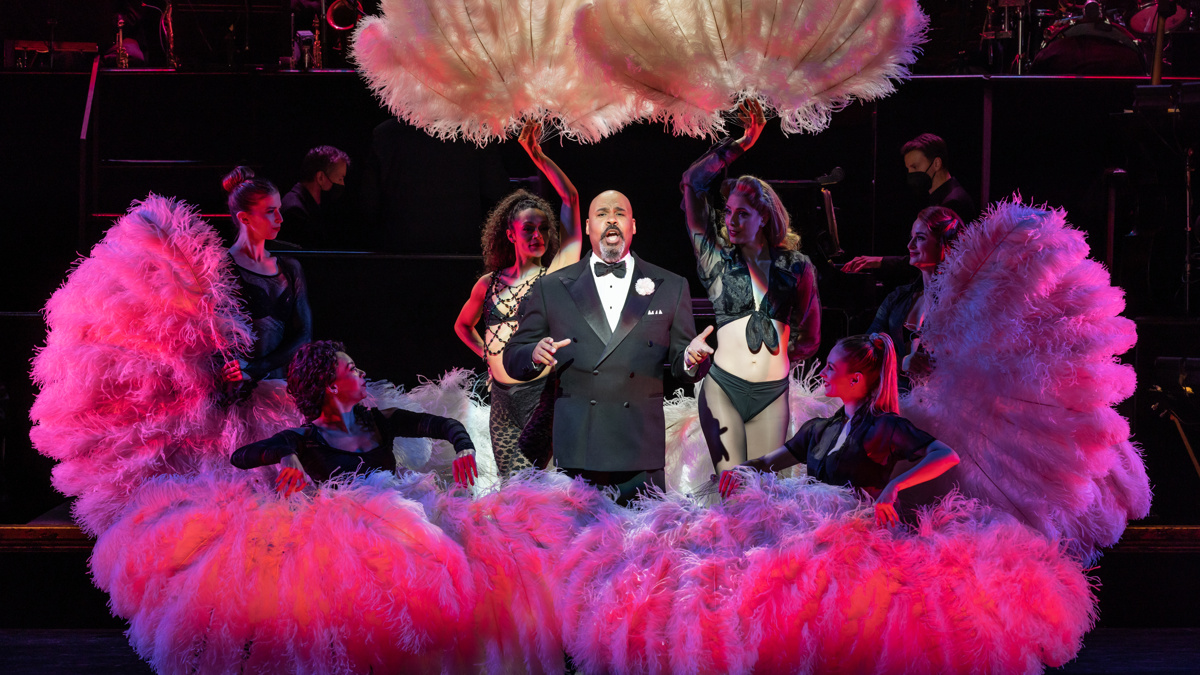 James Monroe Iglehart on Bringing His Flair to Chicago & The Marvelous Mrs. Maisel

All he cares about is love! James Monroe Iglehart has wowed Broadway audiences in shows like Memphis, Hamilton, Freestyle Love Supreme and as Genie in his Tony-winning turn in Aladdin. Emmy-winning anchor Tamsen Fadal caught up with him on The Broadway Show to talk about his return to the spotlight as Billy Flynn in Chicago.

“This is a historic show,” he said. “The fact that I get to be a part of that legacy is fantastic.” Iglehart said of playing the role of the smooth-talking lawyer.

“I do add my flair, but it’s a flair that people haven’t seen,” he said of his performance. Iglehart is starring in the Tony-winning revival through March 13. “Most people see what I like to call ‘James Iglehart with the volume turned up to 20,’ which I have no problem doing. That has been my bread and butter, and I enjoy it all. But there’s a fun, slow burn that I enjoy [as Billy Flynn]. It reminds me of my dad. There was a coolness about my father that I always wanted. There’s a control that Billy has that I’ve never really gotten to use on stage. When I got Billy, I was like, ‘I know where I want to go with this.'”

Iglehart is also featured as piano player Charlie on the new season of the Emmy-winning show The Marvelous Mrs. Maisel. “The amount of words that woman has to say all the time—I have nothing, but the utmost respect for her. She is incredible. She’s the lead in the show, and she’s the sweetest person in the world,” he said of starRachel Brosnahan. “The crew is wonderful. I had the best time.”

Watch the interview below, and head here to check your local listings for The Broadway Show. Hosted by Fadal, it is the only nationally syndicated weekly theater news program.