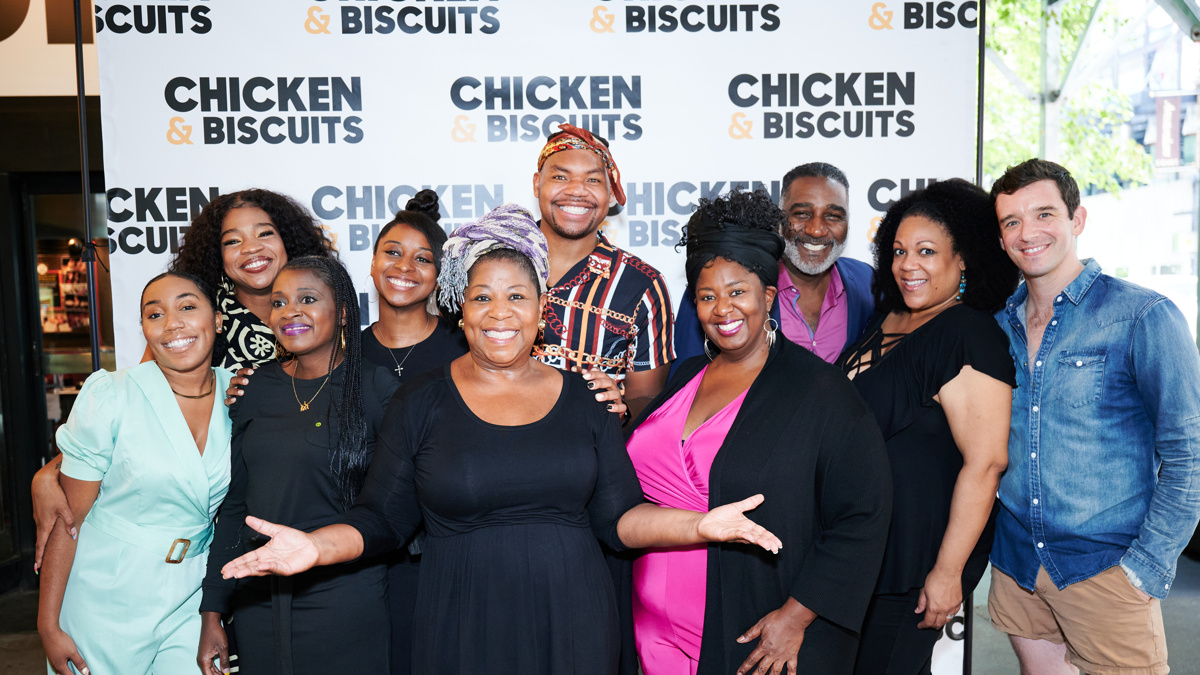 It’s time for a family reunion! Douglas Lyons’ comedy Chicken & Biscuits is getting ready to begin Broadway performances at the Circle in the Square Theatre on September 23 ahead of an October 10 opening night. The cast includes Norm Lewis as Reginald, Michael Urie as Logan, NaTasha Yvette Williams as Brianna Jenkins, Cleo King as Baneatta Mabry and Devere Rogers as Kenny Mabry. Reprising their roles from the play’s world premiere at the Queens Theatre and making their Broadway debuts are Ebony Marshall-Oliver as Beverly Jenkins, Aigner Mizzelle as La’trice Franklin and Alana Raquel Bowers as Simone Mabry. The show is directed by Zhailon Levingston, who, at the age of 27, will be the youngest Black director in Broadway history. In Chicken & Biscuits, the Jenkins family is coming together to celebrate the life of their father—hopefully without killing each other. But any hopes for a peaceful reunion unravel when a family secret shows up at the funeral. See the cast and creative team have a reunion of their own in the photos below!