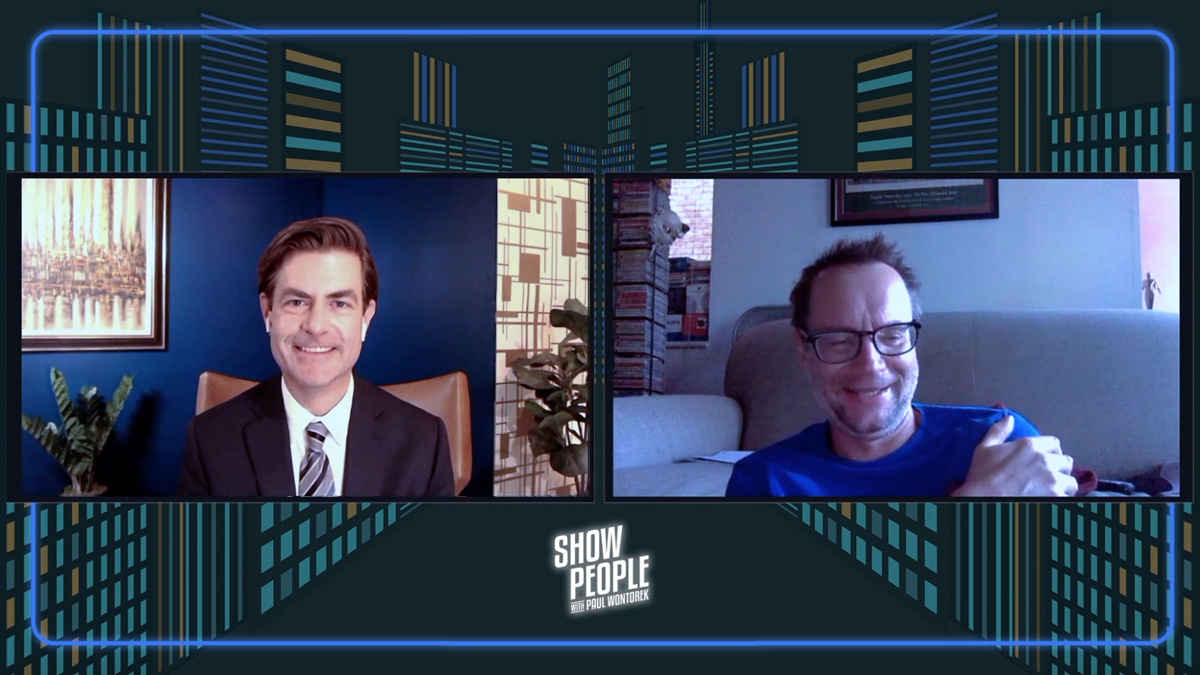 Theater columnist Michael Riedel has always got a story up his sleeve. He recently released a collection of them: Singular Sensation: The Triumph of Broadway, a follow-up to his acclaimed book Razzle Dazzle: The Battle for Broadway. On this new episode of Show People with Paul Wontorek, Riedel discusses his new offering and how writing it inspired him to look back on his own career and reputation as a journalist as well as his hopes for the future, despite the Broadway shutdown.

“The whole idea of the book is that Broadway in the 1990s became a big business,” he said. In Singular Sensation, Riedel chronicles the rise of many beloved shows, from the 1992 revival of Guys and Dolls , which he said “reestablished the importance of American musical comedy” to the cult sensation of Rent. “Jonathan Larson burst in and changed Broadway forever,” he said.

Riedel revealed he had some personal epiphanies in examining the struggles behind creating some of Broadway’s most successful shows. “I was a total asshole back in the day,” he said. “I was always mean and nasty and this and any other thing, but when I started writing books I realized, ‘No one sets out to write a bad show.’ They don’t. They’re trying to do their best.” The columnist did not grow up with a deep affection for the theater. Instead, a role in The Diary of Anne Frank when he was still  in school opened his mind up to the horrors of the Holocaust and inspired him to study history in college. Riedel said he has developed an appreciation for the ability of stage productions to educate and empower audiences. “The arts have an important place in the world,” he said. “The arts are fundamentally, to me, about touching your heart and touching your soul.”

With New York theaters still shut down due to the coronavirus pandemic, Riedel recalled the last time things looked bleak for Broadway: “When the World Trade Center was knocked down, I thought, ‘That is the end of it.'” He noted that Broadway casts got together to calm a frightened city and nation. “Matthew Broderick and Nathan Lane led 1,500 people in singing ‘God Bless America.’ I thought, ‘God, this is why I love New York, and this is why I love Broadway.'”

Find out more about Riedel’s thoughts on the shutdown by watching the full Show People interview below.