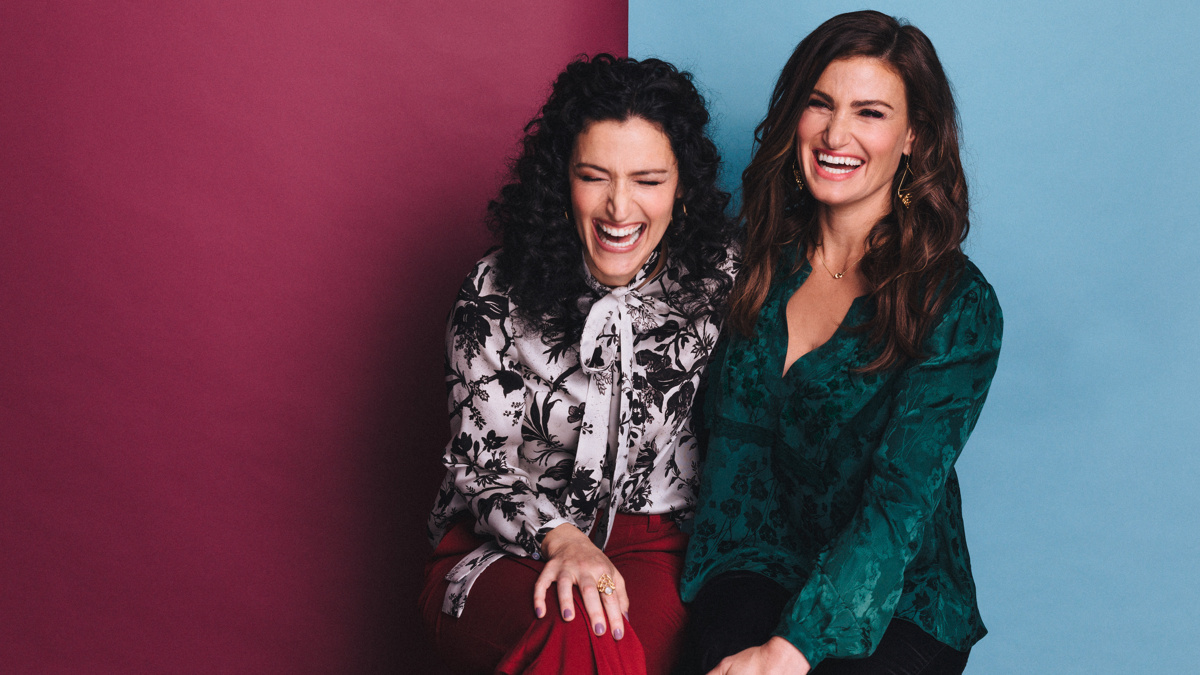 Idina Menzel & Sister Cara Collab on Loud Mouse
Tony winner Idina Menzel and her sister Cara Mentzel have teamed up to write a children’s book. Loud Mouse will be published by Disney Hyperion on September 27, according to People Magazine. The story follows a young mouse named Dee, who loves to sing and has a very supportive sister. When she performs in front of her class for the first time, something magical happens. Mentzel has also published Voice Lessons, a memoir chronicling her relationship with Idina (as she calls her) in 2017. Menzel will write and record a song to go with Loud Mouse.

Anything Goes, Starring Sutton Foster, Set for U.S. Cinemas
Two-time Tony winner Sutton Foster, who stars opposite Hugh Jackman in Broadway’s The Music Man, is heading to the big screen. A live recording of Anything Goes, filmed at London’s Barbican Theatre, will sail onto more than 700 U.S. cinema screens on March 27 and March 30. Starring Foster and directed and choreographed by Tony winner Kathleen Marshall, the revival, which finished its West End run on November 6, 2020. Head here to see where you can catch it.

Jagged Little Pill‘s Antonio Cipriano Cast in Disney+ Series National Treasure
Antonio Cipriano, who made his Broadway debut as Phoenix in Jagged Little Pill, has been cast as a series regular in National Treasure on Disney+. Deadline reports that the project, executive produced by the films’ producer Jerry Bruckheimer, director Jon Turteltaub and writers Marianne and Cormac Wibberley, is an expansion of the movie franchise of the same name. The story will be told from the point of view of a young heroine named Jess (played by Lisette Alexis), who loves a good mystery. Over the course of the show, Jess will uncover her own buried history—as well as the truth about her parents and her connection to a long-lost treasure. Cipriano is set to play Oren, a lovable, but self-obsessed goofball with an encyclopedic knowledge of conspiracy theories, sneakers and business. His previous screen credits include CBS’ God Friended Me, Showtime’s City on a Hill and The Sex Lives of College Girls on HBO Max.

Find Out Why Steven Spielberg Passed Maestro to Bradley Cooper
Oscar and Tony nominee Bradley Cooper chatted about the previously announced Leonard Bernstein movie Maestro on The Late Show with Stephen Colbert. The movie is set to star Cooper as Bernstein, Succession Emmy winner Jeremy Strong as biographer John Gruen and Tony nominee Carey Mulligan as Bernstein’s wife, Felicia Montealegre. Cooper mentioned that the film was originally going to be helmed by West Side Story‘s Steven Spielberg. Find out why seeing Cooper’s A Star Is Born changed the director’s mind below.