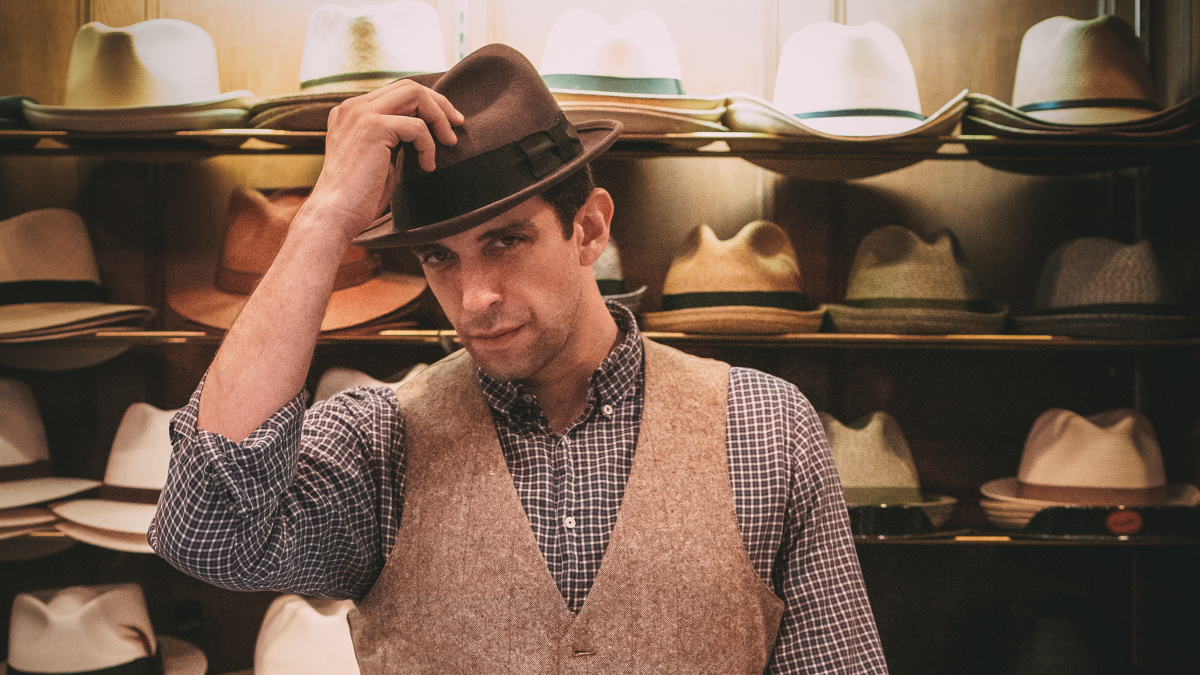 Nick Cordero’s Final Performance of ‘Dear Hate’ Released
Broadway Records has released Nick Cordero‘s last public performance. Cordero died on July 5, 2020 from complications resulting from COVID-19. Performed by Cordero and Liana Stampur, the song “Dear Hate” was recorded live at Sony Hall on March 9, 2020. Produced by Emmy-winning music director Michael J Moritz Jr., the single is now available on BroadwayRecords.com and iTunes. The song will be available later this week on all other digital platforms. The performance can be viewed below, and proceeds from “Dear Hate” benefit The Actors Fund.

John Slattery and More Tapped for MTC Virtual Programming
Manhattan Theatre Club has announced a slew of online programming as part of its MTC Virtual Stage 2021 initiative. Beginning in February, MTC will premiere a monthly Snapshots Series. Each installment will be approximately 10 minutes long and created exclusively for the digital format. The first, Ritual, written by Alexis Scheer and directed by Scheer and Gabrielle Carrubba, will run from February 1 through February 6. Additional Snapshots will include Camille A. Brown: A glimpse behind the curtain and more. During the month of February, MTC will celebrate the shows of its past with a selection of productions brought back to life via virtual readings. Offerings include John Slattery, Bradley Whitford and Patricia Clarkson performing Richard Greenberg’s Three Days of Rain and more. Additional dates and artists will be announced later. Head here for the full breakdown of these virtual initiatives.

Daniella De Jesús Wins Bonnie and Terry Burman New Play Award
Barrington Stage Company has announced the grand prize winner as well as honorees for its 2021 Bonnie and Terry Burman New Play Award. American Theatre reports that Daniella De Jesús’ dark comedy Get Your Pink Hands Off Me Sucka and Give Me Back has garnered the $25,000 grand prize. There will also be a digital reading of her work as well as the possibility of a full production at BSC in the future. Both Miki Kim’s After the Fall and Laura Winters’ Just the Melody are set to receive staged readings; the playwrights have won $5,000 prizes. Finalists for this year’s award and honors also included Bleu Beckford-Burrell’s Lyons Pride, Mashuq Mushtaq Deen’s Flood, Steph Del Rosso’s You’re Crazy, Laura Jacqmin’s Campaign, Keyanna Khatiblou’s 2020: a going away party play and Winter Miller’s Spare Rib.

Daveed Diggs-Led Snowpiercer Renewed for Season Three
Snowpiercer’s second season does not begin on TNT until January 25, but fans of the show already have some great news. According to Deadline, the series has already been renewed for a third season. Starring Tony winner Daveed Diggs and Jennifer Connelly, the series is based on the Bong Joon-ho film of the same name that follows the lives of those on a train that perpetually circles the globe following an event that turned the world into a frozen wasteland.