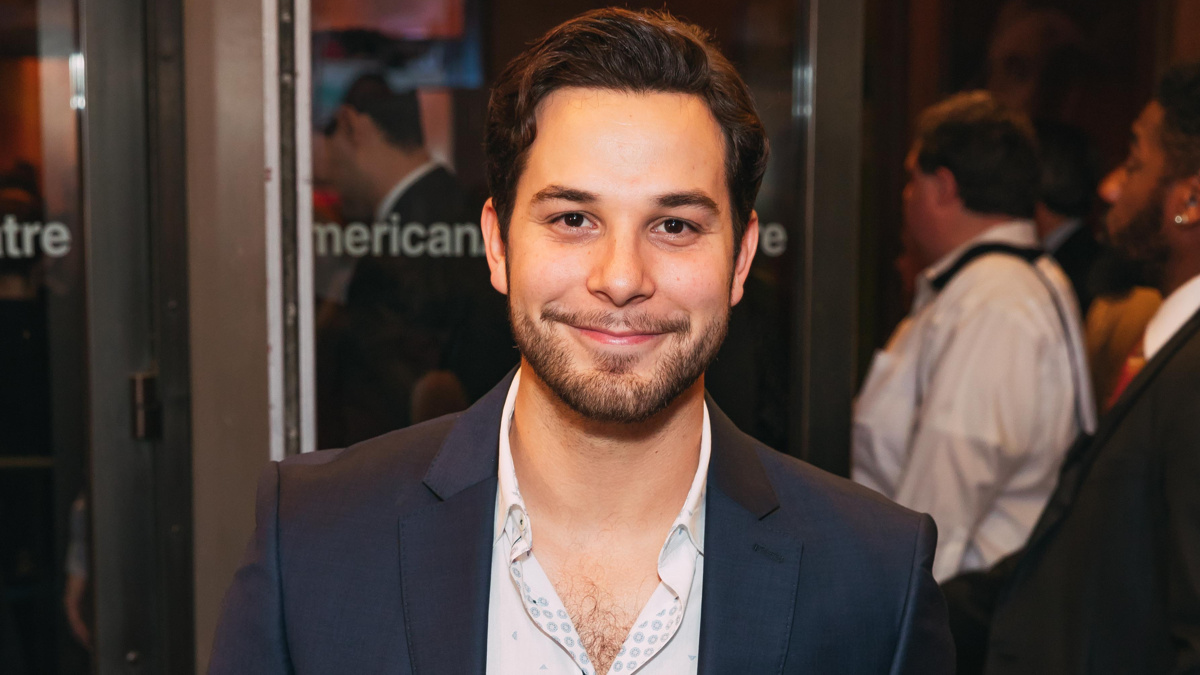 Skylar Astin Cast in Grey’s Anatomy
Paging Dr. Astin! Broadway alum and Pitch Perfect star Skylar Astin is joining season 18 Grey’s Anatomy in a recurring role, according to Variety. Astin’s arc will begin in the episode coming out on March 24. He is set to play Todd Eames, who holds a PhD in environmental sciences, loves a good spreadsheet and is close with his sister, who is a pregnant patient at Grey Sloan Memorial. Could he be a potential love interest for OB-GYN resident Jo Wilson (played by Camilla Luddington)? We will have to tune in to find out.

Intimate Apparel to Be Recorded for PBS’ Great Performances
Lincoln Center Theater’s new opera Intimate Apparel, which is in its final week of performances at the Mitzi E. Newhouse Theater, will be recorded for future broadcast by Great Performances on PBS. The March 3 and March 5 performances will be filmed. With music by Ricky Ian Gordon, a libretto by Lynn Nottage, based on her play, and direction by Bartlett Sher, Intimate Apparel was developed by Lincoln Center Theater and the Metropolitan Opera as part of the Met/LCT New Works Program, a co-venture between the two institutions, which is dedicated to developing new opera and music theater works. Set in turn of the century New York, Intimate Apparel tells the story of Esther (Kearstin Piper Brown), a lonely, single African-American woman who makes her living sewing beautiful corsets and ladies’ undergarments. Seeking love and romance, Esther embarks on a letter-writing relationship with a mysterious suitor laboring on the Panama Canal and comes to realize that only her self-reliance and certainty of her own worth will see her through life’s challenges.

BC/EFA to Distribute Grants to Humanitarian Organizations Working in Ukraine
Broadway Cares/Equity Fights AIDS has announced that it is awarding $300,000 in emergency grants to immediately help the humanitarian crisis in Ukraine. The organization will provide $100,000 each to Global Giving’s Ukraine Crisis Relief Fund, the International Rescue Committee and Project HOPE. “For more than 30 years, the theater community has been among the first to provide immediate assistance for those in need, and we’re again responding with action,” Broadway Cares Executive Director Tom Viola said in a statement.

P.S. The cover art for Gideon Glick and Adam Roberts’ Give My Swiss Chards to Broadway has arrived, and it’s delicious. Illustrated by longtime Broadway.com contributor Justin “Squigs” Robertson, the book will arrive in October.

Delighted to share the cover art for GIVE MY SWISS CHARDS TO BROADWAY co-written by yours truly and @amateurgourmet and illustrated by @SquigsRobertson! This pun filled cookbook is a love letter to Broadway and you can pre-order it now at any major bookstore! Out October 2022! pic.twitter.com/DKxEZsoA9q
— Gideon Glick (@gidglick) March 3, 2022