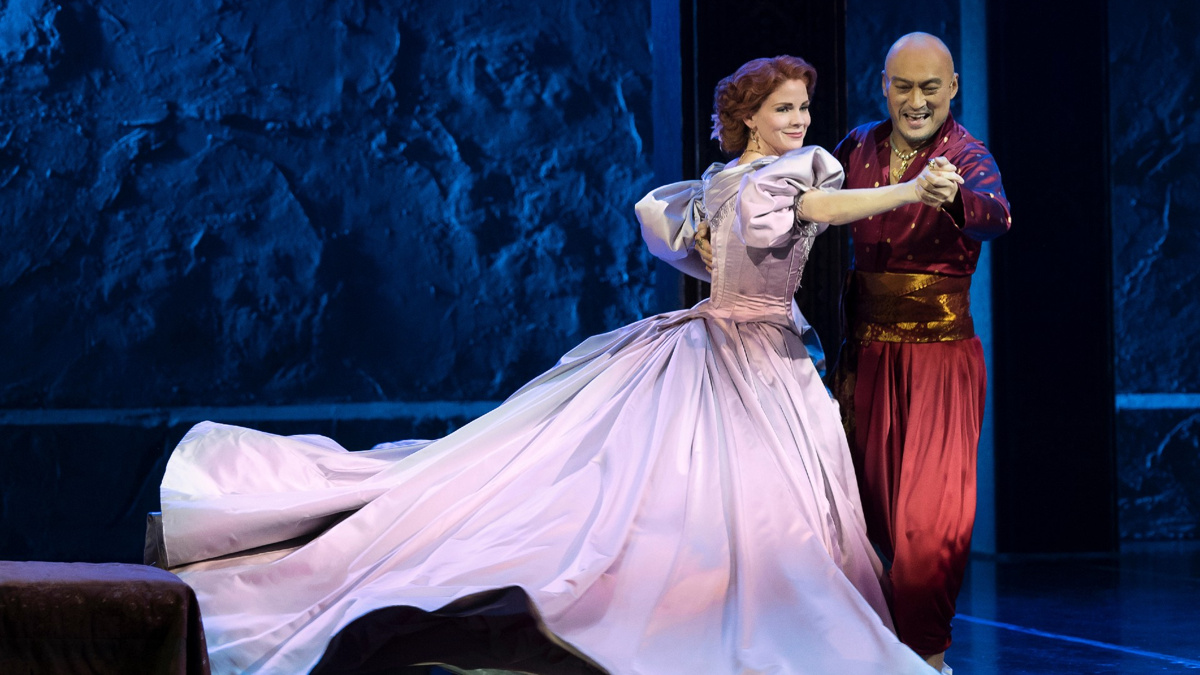 Paramount Pictures Plans New Film Version of The King and I

Paramount Pictures has acquired the rights to Rodgers and Hammerstein’s The King and I and plans to create a new screen adaptation of the musical produced by Marty Bowen and Wyck Godfrey’s Temple Hill, according to Deadline.

The last time The King and I took to the silver screen was in 1956. Produced by 20th Century Fox, the movie musical was directed by Walter Lang, penned by Ernest Lehman and starred Deborah Kerr and Yul Brynner in the roles of Anna Leonowens and King Mongkut of Siam. Brynner won an Academy Award for his performance, and the film was nominated for Best Picture.

The 2015 Tony-winning Broadway revival of The King and I, which also made Tony winners of stars Kelli O’Hara and Ruthie Ann Miles, had a West End transfer that was filmed and played in theaters in 2018.

The musical, set in 1860s Bangkok, tells the story of the unconventional and tempestuous relationship between the King of Siam and Anna Leonowens, a British schoolteacher, whom the imperious King brings to Siam to tutor his many wives and children.

No word yet on casting, a creative team or a production timeline.