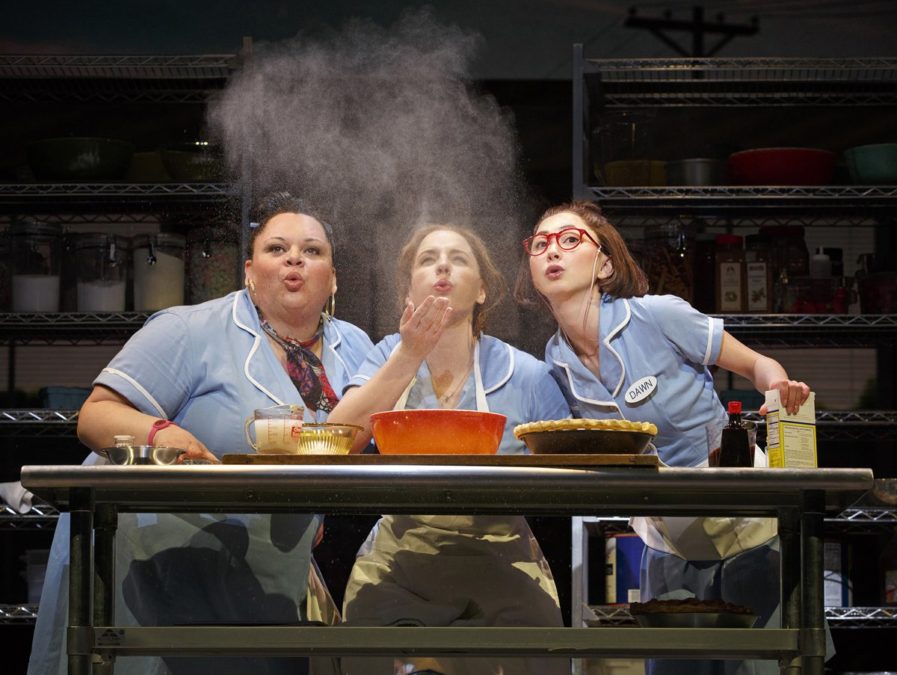 Waitress Will Bake Up a National Tour in 2017

Sugar, butter and flour for everyone! The new Broadway musical Waitress, directed by Tony winner Diane Paulus and featuring a score by Grammy nominee Sara Bareilles, will launch a national tour next year. The tour will kick off at Cleveland’s Playhouse Square on October 17, 2017. Casting and further engagements will be announced at a later date.

The show made history as the first Broadway musical to feature an all-female creative team; in addition to Bareilles and Paulus, on board are book writer Jessie Nelson and choreographer Lorin Latarro.

Based on the 2007 film by the late Adrienne Shelly, Waitress follows Jenna, a small town waitress stuck in a loveless marriage. As a nearby baking contest approaches (and a new doctor comes to town), she’s torn between her commitments and—thanks to her pie-making expertise—a chance at freedom.