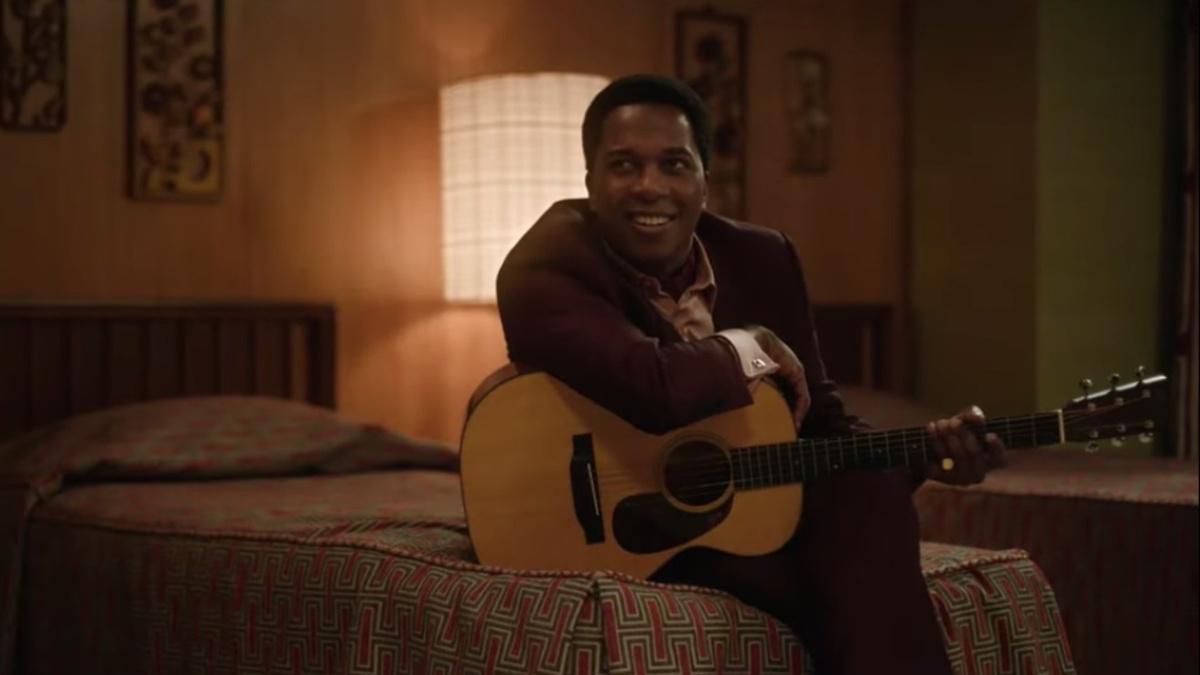 See Leslie Odom Jr. in the New Trailer for One Night in Miami

Leslie Odom Jr.  fans can't wait for it! The Hamilton Tony winner plays another historical figure in the film One Night in Miami, which is set for release on Amazon Prime Video on January 15. Odom Jr. plays legendary singer Sam Cooke in the movie. Regina King directs the project, which is based on the Olivier-nominated play by Kemp Powers, who also wrote the screenplay. One Night In Miami centers on the rise of Cassius Clay (Eli Goree) before he became Muhammed Ali. Set in 1964, the film follows him alongside three of his close friends: Cooke, Malcolm X (Kingsley Ben-Adir) and former professional football player Jim Brown (Aldis Hodge), as they begin to assert themselves in the Civil Rights movement. The newest trailer is now available, and it includes a shot of 2020 Tony nominee Joaquina Kalukango, who plays Malcolm X's wife Betty Shabazz. Check out the full trailer below!