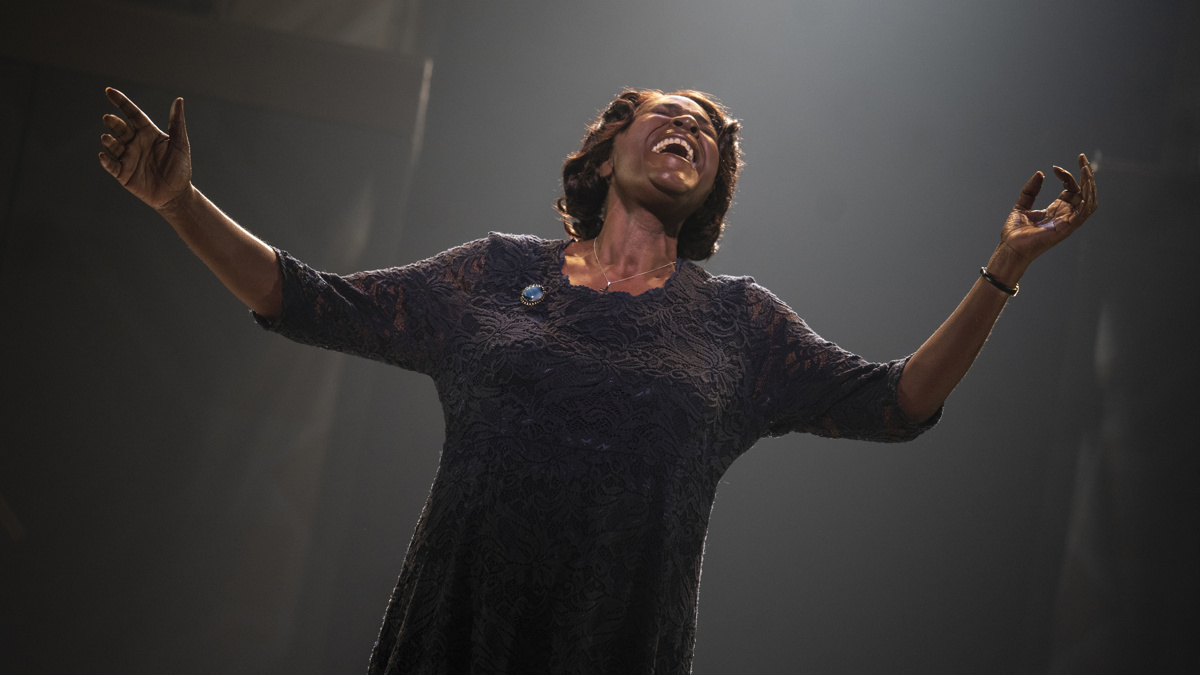 Sharon D Clarke on Making Her Powerhouse Broadway Debut in Caroline, Or Change

British stage and screen star Sharon D Clarke already has three Olivier Awards to her name, but Jeanine Tesori and Tony Kushner’s musical Caroline, or Change marks her Broadway debut. The show is back on Broadway for its first-ever revival, starring Clarke, who took home her second Olivier Award in 2019 for her performance in the West End production. Broadway.com Editor-in-Chief Paul Wontorek sat down with Clarke at the Time Hotel to talk about finally taking the New York stage, returning to the role of Caroline Thibodeaux and more.

“At this time in my life, I’m having a debut, and it’s wonderful to be having firsts,” she said. “I’m just so overjoyed to be here and to bring the show back to its home in New York.” The character at the center of Caroline, or Change is a Black woman working as a maid for a Jewish family in 1963 Louisiana, as the civil rights movement is transforming America. This revival is a transfer of director Michael Longhurst’s 2019 Olivier-nominated London staging, which debuted at the Chichester Festival Theatre in 2017 before moving to the Hampstead Theatre and then the Playhouse Theatre.

Clarke spoke to her years-long process with the character. “It’s wonderful because you get a chance to keep refining her, keep mining her, keep finding new things,” she said. “With each cast and each slight, different cast changes—different people give you different things. So, you are able to react in a different way and find different things for yourself. I’ve been loving the journey.”

Watch the interview below, and head here to check your local listings for The Broadway Show. Hosted by Emmy-winning anchor Tamsen Fadal, it is the only nationally syndicated weekly theater news program.