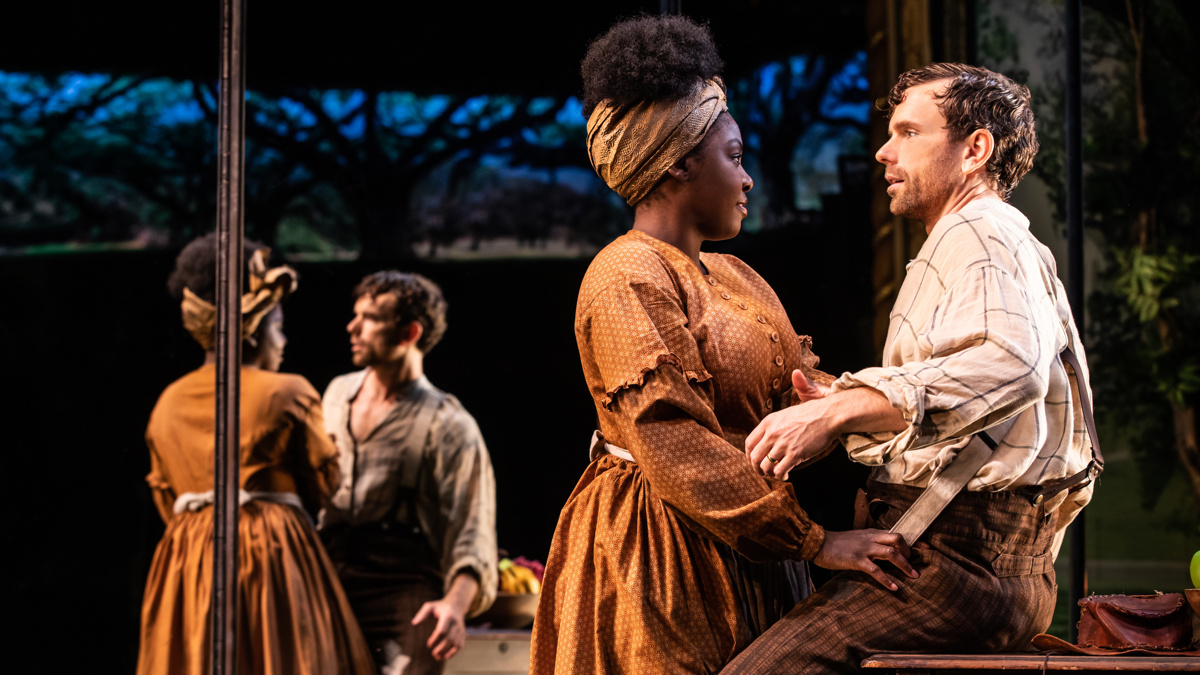 Before she heads to Paradise Square, Joaquina Kalukango will spend an evening at the Winter Garden Theatre for the 74th Annual Tony Awards. Her performance has been recognized among Slave Play‘s record-breaking 12 nominations, and she shares the category of Best Leading Actress in a Play with Laura Linney, Mary-Louise Parker and her personal hero Audra McDonald.

On the newest episode of The Broadway Show, Kalukango revealed that it surprised her that Jeremy O. Harris’ provocative work made it to Broadway. “Upon reading it, I knew that it was a profound piece,” she said. “But to be very honest, I did not believe that Broadway was going to put it up. We’ve never seen that on a Broadway stage! For our producers to trust us to bring Jeremy’s words to life and to give it the space to live and breathe in that community was really exciting.”

Watch the full interview below, and head here to check your local listings for The Broadway Show. Hosted by Emmy-winning anchor Tamsen Fadal and powered by Broadway.com, it is the only nationally syndicated weekly theater news program.